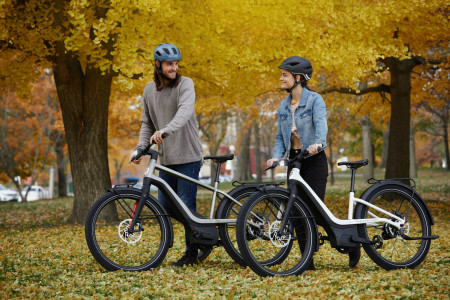 Inspired by the entrepreneurial vision of Harley-Davidson’s founders-----and the revolutionary impact of their first motorcycle, affectionately referred to as ‘‘Serial Number One’’ ----- Serial 1 Cycle Company delivers innovative eBicycles that make every ride an adventure.

To celebrate the announcement of the new brand in October of 2020 and to draw a clear connection between Harley-Davidson and Serial 1, the new company built a very special, one-off concept bike styled as a tribute to the oldest known Harley-Davidson motorcycle, affectionately referred to as ‘‘Serial Number One.’’ Now, following the reveal of that stunning concept, Serial 1 is releasing its full line of /CTY eBicycles designed for commuting and recreational riding. These production versions incorporate the same features and technology included in the Tribute concept, with contemporary styling and modern finishes that will make these the most desirable eBicycles on the road or bike path.

You can Pre-Order your Serial 1 eBike at Russ' Ocean State Harley-Davidson.